WHAT TO EXPECT FROM A SUMMER CAMP IN SWITZERLAND

International Summer Camp Montana is a privately owned and operated summer Camp in Switzerland, located in the Alpine resort of Crans-Montana. The Camp is for boys and girls from 8-17 years of age and of all nationalities. Each summer we welcome around 1200 children and teens from over 50 different countries across 4 age groups to our summer Camp in Switzerland.
For 60 years, International Summer Camp Montana has employed European traditions in the development of physical and intellectual achievement. The philosophy of the Camp is to provide both an active and healthy outdoor experience, through sports and activities, in a creative and wholesome environment. Through the wide range of activities offered, our Campers gain exposure to and enhance their 21st century skills - communication, critical thinking, collaboration and creativity - whilst also growing in maturity and independence. From our vast experience with thousands of different families, we know that there is a strong focus to lay these foundations in children and prepare teens for the next steps into further education and their future careers by acquiring and building these skills.
Being an International Summer Camp Montana in Switzerland, each child has the opportunity to broaden their horizons, meeting people from different countries and varied backgrounds. The combination of recreational, educational and social activities featured in the program enables each Camper to challenge themselves in a safe and non-judgemental environment. By respecting others, our Campers develop a better understanding of responsible global citizenship.

We provide a unique opportunity to disconnect from the pressures of academics, to unplug from technology and to re-establish connections with nature, exercise and camaraderie – all in a beautiful Alpine Summer Camp in Switzerland.

LEARN MORE ABOUT THE HISTORY OF INTERNATIONAL SUMMER CAMP MONTANA
The real story of Camp begins in 1926 when the construction of the La Moubra building started; it completed in 1927. For the following 25 years, until 1952, it was used as a private clinic for patients who suffered from lung disease. Crans-Montana is still famous today for the cleanliness and healthiness of its air! For the next 3 years, La Moubra was under Belgian ownership but still used as a clinic. The building then became a hotel in 1955 and remained as such until 1961. 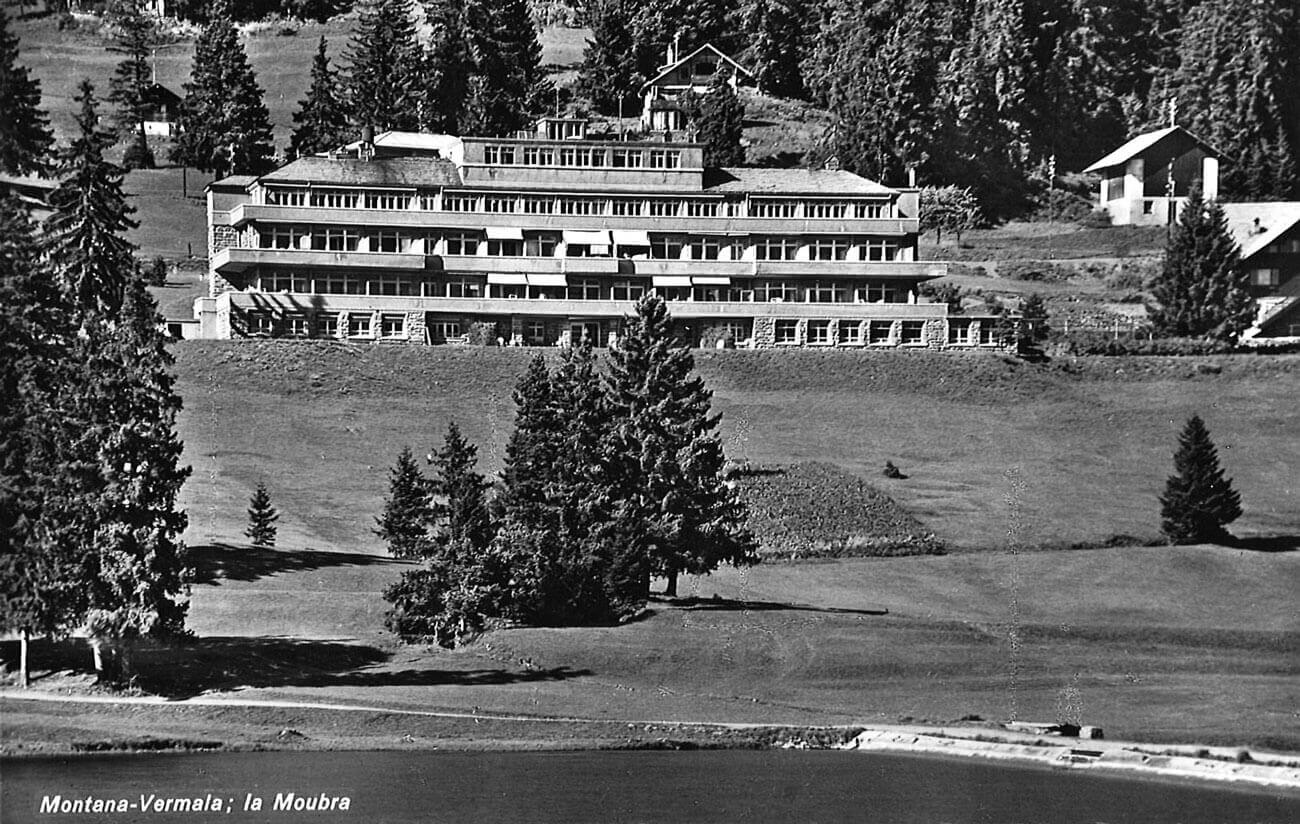 Meanwhile, also in 1961 a 25-year-old Swiss by the name of Rudy Studer had the vision of starting a Summer Camp in the resort of Arosa. For two summers the Camp was held at the Hotel Post in Arosa, before a new location was sought. Rudy travelled to Crans-Montana and found La Moubra, which had remained vacant for 2 years; the hotel at the location had closed its doors and not reopened for business. At this time, La Moubra became the permanent location for International Summer Camp Montana and has remained so until this day. Though at first it was rented, La Moubra was purchased by the Studer-Mathieu family in 1969. 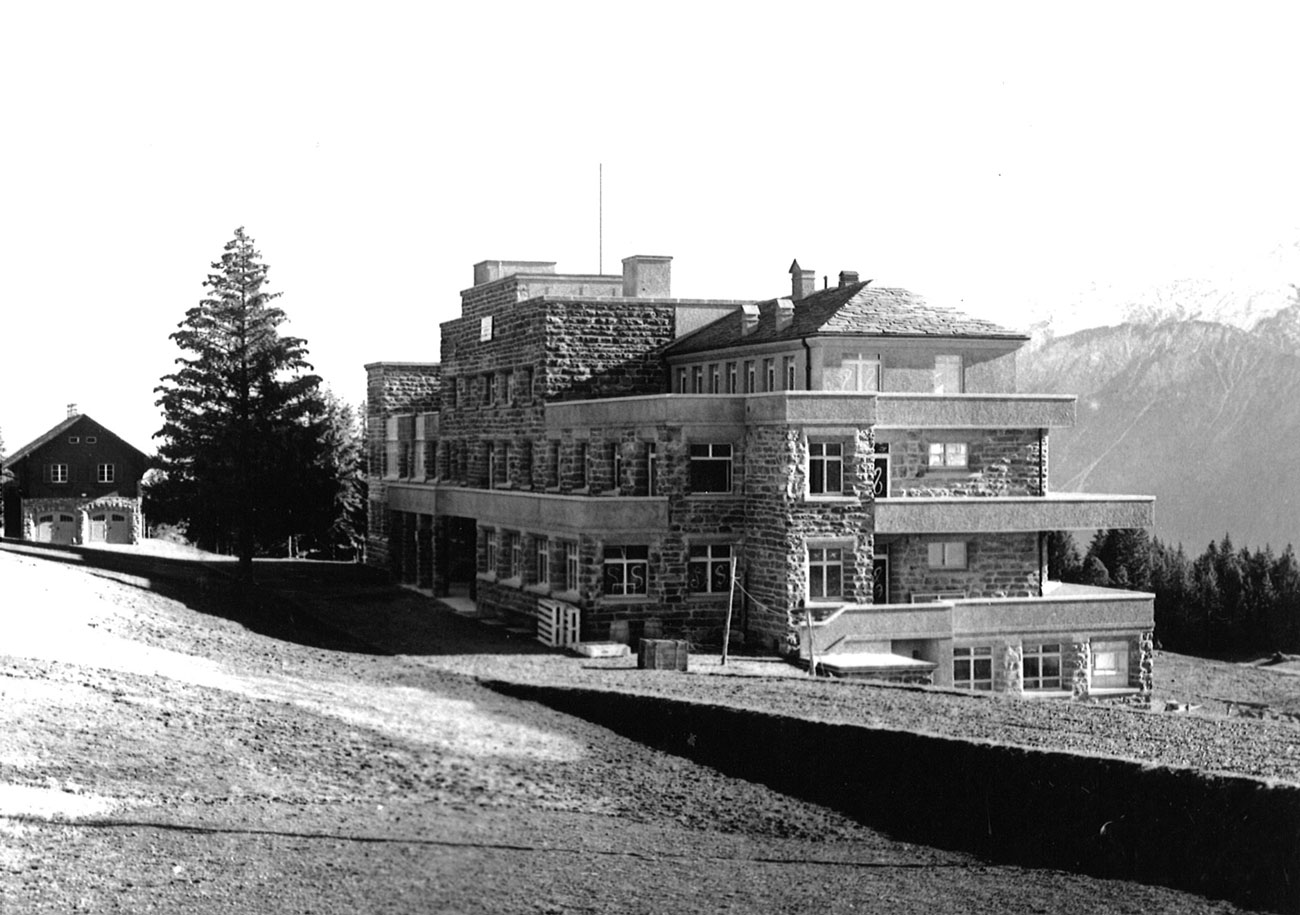 Throughout the years, International Summer Camp Montana has developed into a world-renowned destination for sports, languages, fun and friendships. People come from far and wide to enjoy 3 weeks (and sometimes more!) in beautiful surroundings, fresh mountain air and in the company of many interesting people. Over the past 60 years there have been major changes in the world and these have certainly enriched our diverse, international atmosphere at Camp. Many people from many different cultures and backgrounds have been united in our surroundings. And as the social and political landscape has developed across many countries, we have welcomed Campers from every continent in the world to La Moubra. 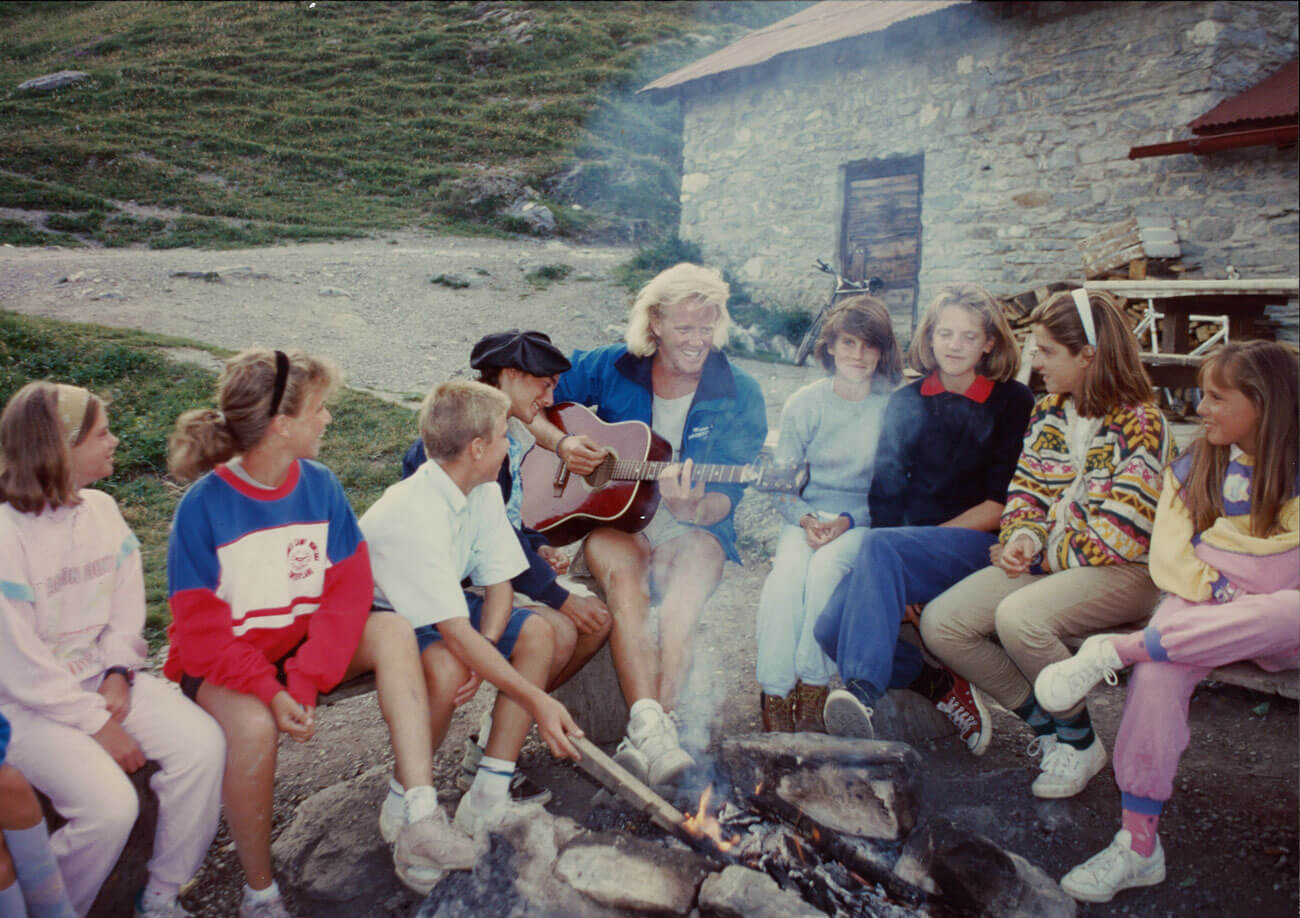 It goes without saying that International Summer Camp Montana has not stayed the same during the past 60 years! Although the stunning view towards the mountains looks the same from La Moubra, there have been many changes since 1963. Whether it is the addition of the magnificent facilities we have, including indoor space in the Tennis Centre, the impressive Circus Tent, the beautiful Residence Erica building or just a fantastic website, we don’t stand-still for long; there are always new developments every year! 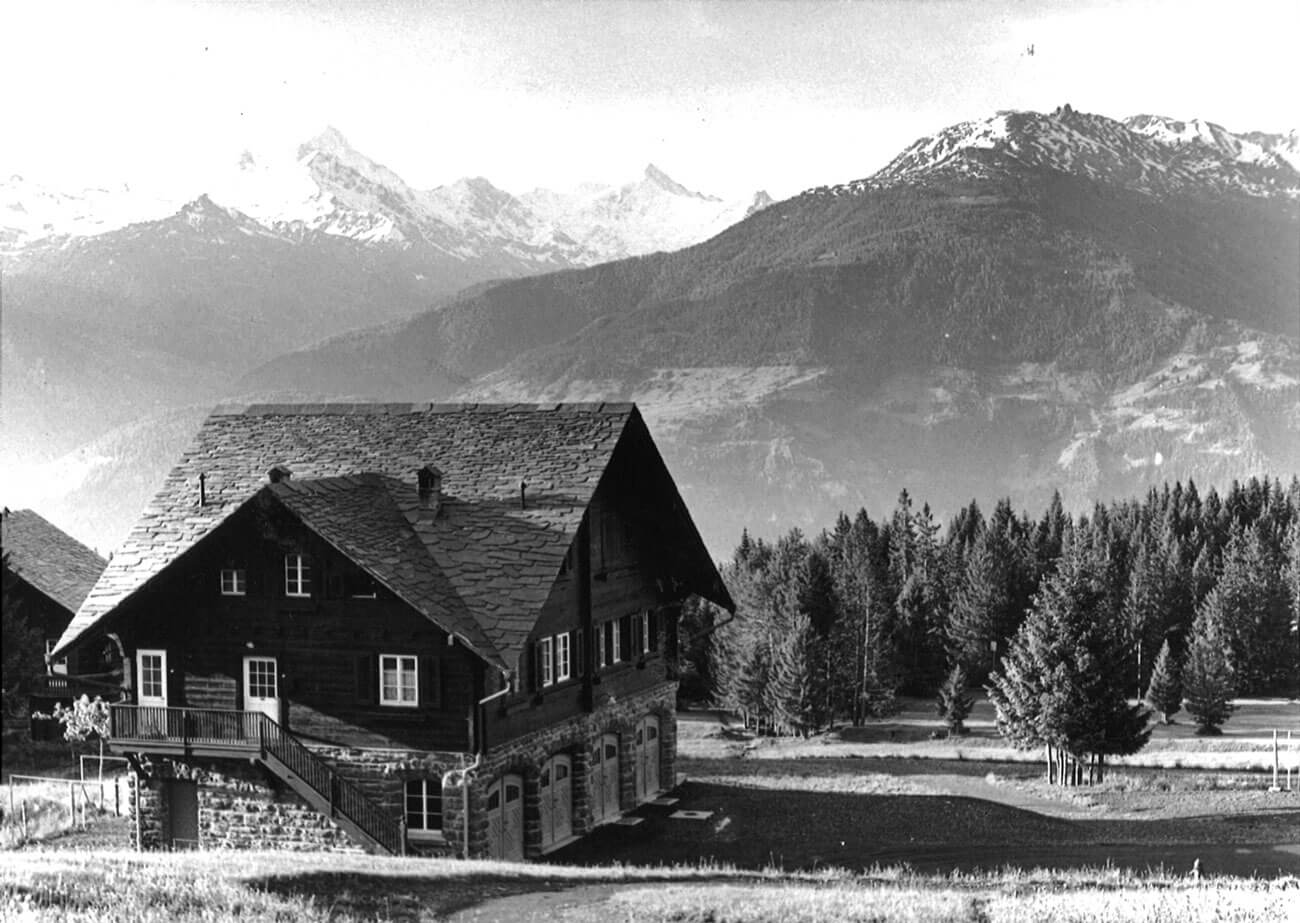 The Camp was founded in 1961 by Rudy Studer. He was a graduate of Basel University, Switzerland and with his wife Erica Studer-Mathieu, together they devoted their lives to recreational education in Crans-Montana.

Camp Montana has now progressed to the second generation of the Studer-Mathieu family and their son Philippe and niece Tania carry on their philosophy that young people will benefit through sports and international friendship.

Philippe Studer is responsible for programming and educational supervision as well as for the house staff and domestic facilities. He is a graduate of the Ecole Hôtelière de Lausanne, Switzerland, with a Bachelor of Science in Hotel Management.

Tania Mathieu is a graduate of Glion Institute of Higher Education with a Bachelor of Business Administration; specialising in Events, Sports and Entertainment. She is directly involved in many aspects of the Camp’s operations with particular emphasis on Camper health and Camper/parent relations. In addition, having a passion for horses, Tania oversees the horse and pony riding programs.

Erwin Mathieu, Tania’s father, has been the Administrative Director at International Summer Camp Montana since 1966. He has a solid background in business administration, remains an active and passionate cyclist and is very much involved in all aspects of Camp Montana’s operational and admin functions.

Patricia Mathieu is Erwin’s wife and Tania’s mother. She has been involved in many aspects of Camp in the past and now is primarily the ‘Camp Mother’, often helping and looking after Campers here in Crans-Montana each summer.

Nico Othenin-Girard is Tania’s partner and joined the team in October 2017 as Operations and Facilities Manager. Nico has been a part of ISCM for many summers and is a Camp Alumni, having been both a Camper and staff member. 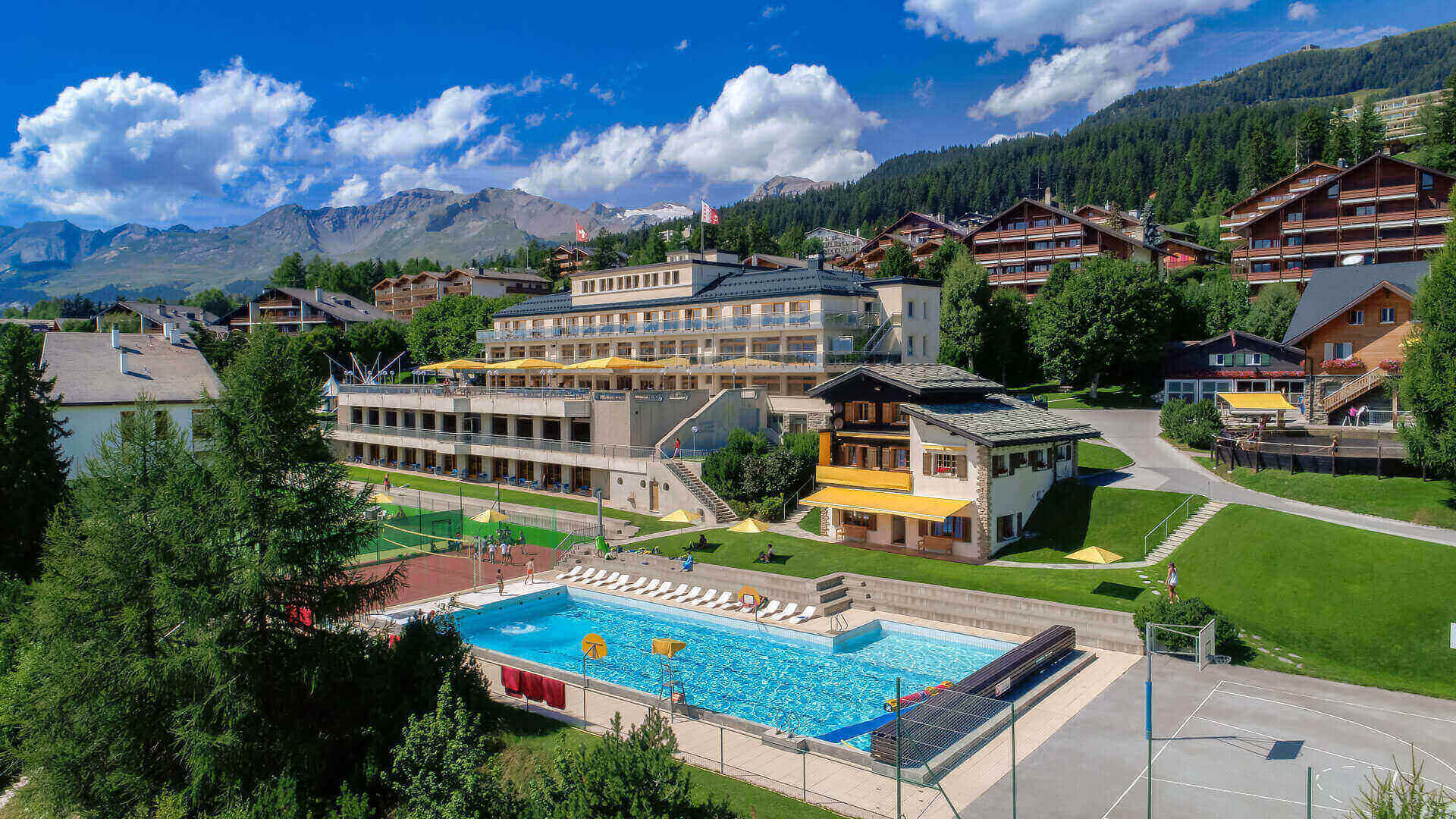 The Summer Camp’s main building is the solid stone Moubra House, overlooking playing fields, rich alpine forests, a mountain lake and the Rhone Valley. Six additional buildings include a large chalet for our younger Campers, the magnificent Residence Erica building and accommodation is available for a total of 400 campers.

Rooms are sunny and well-equipped, most with wide balconies. Each floor has several showers and bathroom facilities. The main building includes a panoramic dining hall (unlikely you will find another like it at a summer Camp in Switzerland!), a clubroom, a lounge and seven classrooms.

Our eldest Senior girl Campers stay in the main building and eldest Senior boys stay in the Residence Erica building. These Campers are given the privilege of having an ensuite bathroom in their rooms at International Summer Camp Montana.

Health & Safety WHEN AT SUMMER CAMP IN SWITZERLAND

The health, safety and general welfare of each individual Camper under our care at Camp Montana is meticulously cared for. Every precaution is taken wherever Campers eat, play or sleep; no activity takes place in which undue risk is involved. Four nurses are in charge of the Camp infirmary and a local Doctor is available and on-call at all times. In addition, there is a fully equipped hospital near the Camp, which is located in Sion. For further information on anything related to health and safety of our Campers, please contact our administration team.

Where exactly is the summer camp in Switzerland? Read on below or have a look at our linked map at the bottom of this page.

MORE
Crans-Montana is an internationally known health and sports resort in the heart of the Alps, 1500 meters (4920 feet) above sea level in the French-speaking part of Switzerland, easily accessible by road and rail. The nearest airport is Geneva, a journey of approximately two hours. In winter there are around 140km of pistes to ski and in the summer, many routes to hike and admire the incredible scenery.

Crans-Montana is known as the ‘Sun Terrace of Switzerland’, set on a sun-drenched plateau high above the vineyards and orchards of the Rhone Valley, surrounded by magnificent pine forests and snow-capped mountains. There are spectacular views to be had over the Valais Alps and although it is hard to believe, the highest mountain in Europe, Mont Blanc, is visible from the terrace of International Summer Camp Montana on a clear day.

Crans-Montana has a rich sporting pedigree and has hosted many World Cup skiing events, including the 1987 World Championships and in cycling, the finish of the 20th stage of the 1984 Tour de France.

Moreover, it is home to the Omega European Masters Golf Tournament on the European Tour. The tournament is the longest running Golf tournament at the same venue in Europe and second in the wolrd after ‘The Masters’ at Augusta National Golf Club in the United States. The Golf Club Crans-sur-Sierre is just a short walk from International Summer Camp Montana.

Beyond Crans-Montana, there is lots to see and do close by Summer camp in Switzerland with the beautiful cities of Montreux, Lausanne, Zermatt, Interlaken, Geneva, Zurich and the capital Bern within easy reach by both road or rail.
Discover more about Crans Montana by visiting the resort’s official website, https://www.crans-montana.ch/en/ 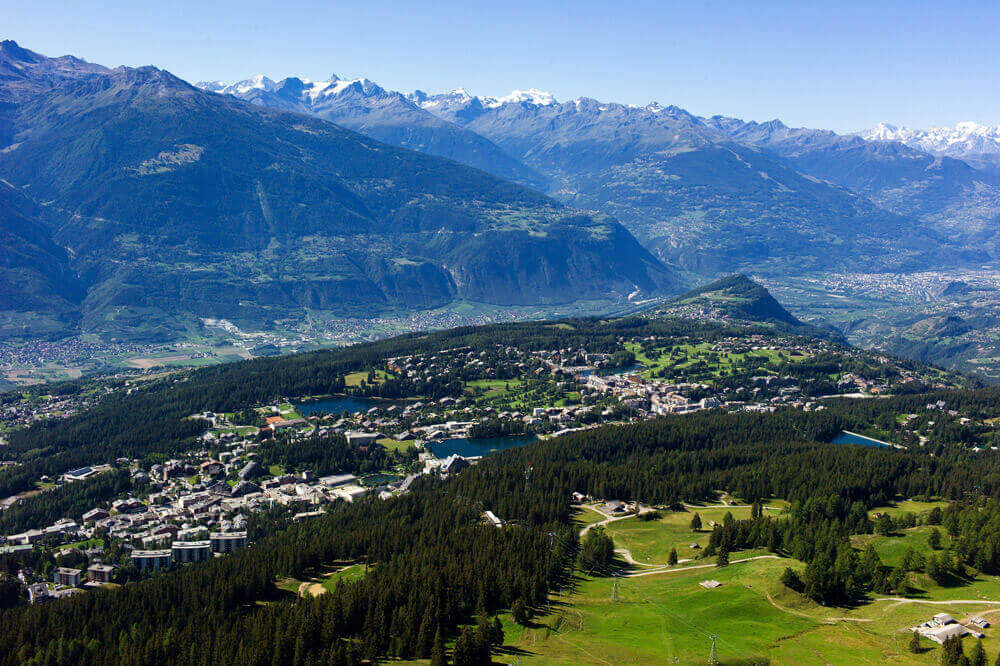